Emmanuel, please tell me a little bit about what Mix The City is and how you came up with the idea of connecting both people with their cities through music/sound and places?

Mix the city is an interactive web application that I initiated to both allow users to make music and be able to share that music with friends in an easy and simple way while at the same time discovering another culture through music. I came up with the idea as I wanted to create a platform in which one could experience and learn about another culture through music as music is a universal language and every culture has a unique sound and style. It felt to me that by allowing people to discover the uniqueness of a place through its sound could bridge barriers and resonate with a deeper sense of what culture is.

What was your main goal with the project?

My main goal with the project was on three levels – the first being to allow people to discover another culture through art, creativity and participation; the second being to empower people to make music and share their creations with their friends and the third to demonstrate that the arts can be an innovation platform on the technological side and also to reimagine how the arts can bring people together and bridge differences.

What was one of the biggest challenges setting up the technical infrastructure of the project?

There were multiple challenges at the time. An example of one being that the platform was mobile first oriented and running multiple audio video files on a browser on the smart phone was impossible. So we needed to find a solution for that. We didn’t want people to download an app as we wanted people to begin interacting with the platform easily and without needing to download and install anything. Another challenge was how to record one’s mix and share it without the user needing to wait a long time to download and upload their mixes and then ending up with very heavy files on their computers (downloading being impossible on the phone).

How is music special with regard to bringing people together and bridging differences in your opinion?

Music is special in bringing people together I believe as one doesn’t need translation or understanding in order to connect. Music can be a gateway through which one can understand or get a more in depth understanding of a culture through the history or context of the music. Music being a universal language it connects with us on a deeper and also more intuitive level.

We were given merely two prerequisites when producing our Mannheim edition of Mix The City: the key the music should be in and that no explicit lyrics should be used. The reason was that you intended to make it possible to create a global edition of Mix The City, taking samples from different cities and creating an international mix through that. Is this still going to happen?

Mix the City was created as an artistic platform that meant to afford connection to a culture but at the same time we hoped we could create a platform in which the cultures could also connect. As such it was important that a speed and key were preserved if possible (in Afghanstan, where we also did the project, it wasn’t, for example, as it felt for our musicians and curators more appropriate to differ). And yes, for example, we connected Berlin and Glasgow for a unique cultural collaboration between the two cities as part of the European Athletics championship held in both cities and MTC was one of the biggest digital platforms for the project. In this edition, people could choose musicians from both cities and make a mix of them together.

How was your first impression of Mannheim?

I love Mannheim and have a very strong connection to it ever since we began working together. The innovation, openness, drive and inspiration I have had with the city from participating in conferences and workshops, project managing Mix the City and also taking part as an artist at the Enjoy Jazz Festival have made the city feel almost like a second home. I always feel inspired by the transformation the city is going through and the value and connection between the arts, technological innovation and creativity.

How has this impression changed over the course of the project?

It hasn’t changed. I felt that I learned more and more about the cultural diversity and curiosity of the city.

How did Mannheim differ from other cities that you have worked with in the project?

Mannheim is probably my favorite mix musically. And I felt that the seriousness and engagement we had together has been phenomenal. I feel as well that the fact that I have grown so close to the city is a sign of my appreciation and commitment to the city and strong desire to continue working with it.

What have you personally learned through Mix The City?

I have learned so much through the project. Meeting and working with almost two hundred musicians and curators. Constantly needing to adapt our technological as well as our business models and also developing off shoot platforms such as Mix the Play with the Old Vic and Mix the Body with the Wayne McGregor Dance Company. Another learning curve I had was that this was the first project I ran as a project manager and not as an artist. So I built the whole framework for it from the team, to the model, to the business model and fundraising all the way to being involved in the technological and the musical side. Thus, I have learned not only about culture and music but also about running the project as a manager.

What are some of the projects that you are currently working on and what can we expect from Emmanuel Witzthum in the near future?

Currently, I am working on numerous projects some related to connecting the arts as a tool for social change and others connecting also to technological and creative works. I am releasing a new work commissioned by the Enjoy Jazz festival entitled “Let this Darkness be a Bell Tower” which addresses the crisis of the Corona pandemic and the polarizing discourse of our times. I am also working on a project with Israeli and Palestinian teenage composers around the Book of Psalms for a contemporary classical music festival. In addition, I am developing an interactive sound installation that lives in a garden which addresses climate change and community building.

Femmes dirigeantes : “Yes We Can!” 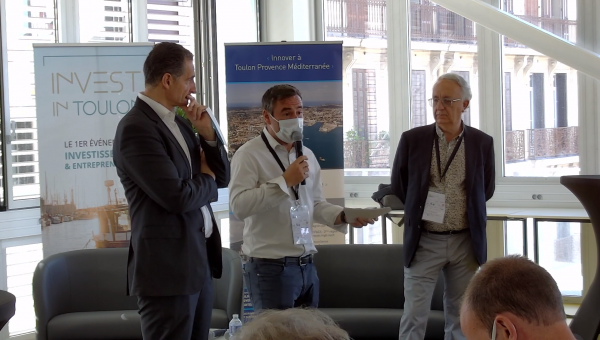